At this point, Project Pitchfork flew off at another tangent and launched their ‘Nun Trilogie’. This began with the album Inferno. Now, there’s some people that really rate this disc. I also appreciate the attempts to build a conceptual piece, the move towards a more ‘electronic rock band’ production methodology, a even-greater-that-usual tendency to experiment with different rhythmic and harmonic devices and even the presence of two songs in German. But after the previous three albums, it’s just too ponderous, with too many obscure references and too much navel gazing. It’s notable that the only track here to stand the test of time live-wise was the thrashy, self-affirming I Am (A Thought In Slowmotion), though the largely forgotten late-album Your Cut Feather is a surprisingly touching feminist statement, Surprising, as this was 2002, long before the heightened awareness of gender issues that only recently made it to our scene.

The remaining two parts of the ‘trilogie’ were both five track EPs. However, Trilog has to be the most directionless quintet of tunes this band could ever have come up with, years on and I still can’t find anything notable to say about it. View From A Throne at least has it’s memorable title track, but that’s really about it. Oddly, this track wasn’t played live until 2015, despite being the most distinctive of the whole trilogy and getting a video made. The live shows supporting these three releases were therefore overly-dependent on introspective tracks, propped up by still-frequent excerpts from the more accessible Daimonion-era. Check the Live releases section below to find out how this worked out.

Somewhere along the line, EastWest dropped Project Pitchfork, part of a wider scene trend where the major labels decided ‘our kind of thing’ wasn’t ‘their kind of thing’ after all. Relaunching their own Candyland label, the end result was Kaskade. It was to be the last album they’d produce in the ‘electronic rock’ format and hence has largely been forgotten by all but the most devoted fans. It is, however, a partial return to form in terms of the songwriting – with no underlying concept, each song needs to stand up for itself, and at least some of them manage to do so.

Instead of An Angle is like meeting an old friend again, the ‘Timekiller preset’ returning in a new form and a fresh insight on the origins of the Earth thrown in. They finally pull of the ‘dirty electro-rock’ sound they’ve been trying to master on The Future Is Now, all seething loops and vocoded lyrics, rediscovering their turn of phrase in the process. Whilst ‘darkwave-dance hits’ of their old style are thin on the ground, Fleischverstärker and Abyss are proof that they haven’t completely forgotten how to write them, even if neither ranks amongst their all-time-greats. Your Tempting Fantasy will work for those who like their more reflective style, but the unexpected highlight is Merry-Go-Round-To-Hell. Ignored by the many who never made it as far as Track 14 of their least-noted album, it’s an insanely catchy statement aimed at humanity at a whole, indicative of what they might had achieved had they stuck with the ‘rock band’ format. But they didn’t.

One other oddity from this era was Wonderland/One Million Faces, originally a digital-only album release that later came out on CD. In comparison to recent releases, this was an entirely electronic recording. There were sonic similarities to the  Entities/IO era (they even dug out the old logo), but the lengthy instrumental passages and drawn-out song structures stretched too few ideas too thinly and ultimately led me to the conclusion that Project Pitchfork Really Had To Stop Writing Experimental Albums. Luckily, that’s exactly what happened. 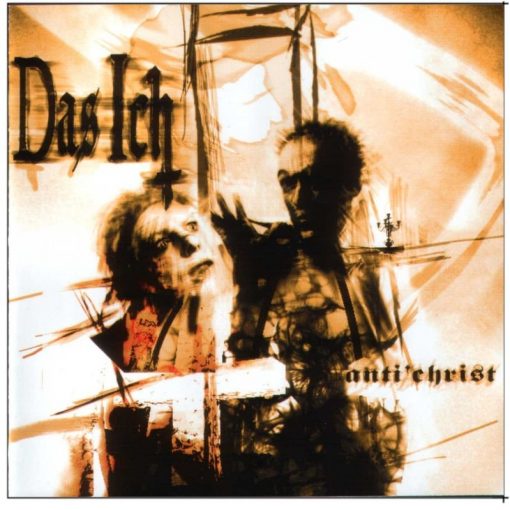