Music For Defcon and Gomorrha

The world first heard of Wumpscut via a couple of demo tapes in 1991 – and in those days, they really were issued as tapes.  Defcon opens up with The Hellion, mating a huge Judas Priest guitar sample to synth arps, though the majority of the tape is given over to a mixture of gothic synths and throbbing electronic rhythms, with only very occasional vocals.  A couple of compositions (Lindbergh and War Combattery) are quite well developed by demo standards, but there’s no hiding the thin nature of these recordings.  Small Chambermusicians is really more of the same, occasionally showing more desire to experiment, though not always in a good way.  Jesus Gone at eleven-and-a-half-minutes is too little dragged out too long.

Versions: The tracks from these recordings have reappeared many times – an LP issue in 1995 entitled Preferential Legacy (itself issues as part of Preferential Tribe in 2003) compiles most but not all of the key tunes, plus a few extras.  Blutkind from 2000 does likewise, adding some new tunes and alternate takes – I’ll cover these released in more detail later.  If you just want to enjoy both tapes in their original form, the download-only Small Defcon Musicians is your best option.

The first full Wumpscut album was Music For A Slaughtering Tribe released in 1993 on VUZ Records, and with it came the first true Wumpscut anthem – Soylent Green.  Those iconic opening stabs lead into six minutes of concentrated anger, interspersed with samples lifted from the German dub of the original movie.  It’s a sure-fire favourite amongst industrial DJs, though it’s also something of an art to spot how much of this track any particular audience can take before mixing into something with a little more space to breathe!

On The Run progresses from here, tense, uptempo but possible a little TOO close to Leaether Strip’s “Strap Me Down” from the previous year, though I’m not going to kick up too much of a fuss in a genre not-exactly-short of tracks-that-sound-a-bit-alike.  There’s a few tracks that border on the emerging sound of rhythmic noise, with the strongest of those (Concrete Rage) vocalising an incestuous rant around a loop lifted from the P.A.L. track of the same name, working in additional keyboard parts to provide a true bridge between noisebeat and dark electronics.

The other notable development is Fear In Motion, featuring the first appearance of Aleta Welling, Rudy’s go-to collaborator for spoken word female vocals.  The music over which she speaks is no lighter in tone than those around it, but it’s still brings welcome diversity to the sound of the album.  It’s only in the later stages of the album that we get to hear the other face of the Wumpscut sound, ranging from downtempo to darkambient, ominous washes of synth and vocals whispered sadistically.  These tunes do come as something of a relief after the relentless hammering of the more club-oriented tracks, but as standalone compositions they’re not as memorable as the harder material, with the sample-heavy She’s Dead the only one I found myself returning to.

Versions: Far too many!  The original VUZ version was reissued on Rudy’s own Beton Kopf Media label as soon as he was able.  Metropolis released the album in the USA with a few remixes subbing for album tracks (wish they wouldn’t do that).  Later on, ‘Music For A Slaughtering Tribe II’ was released, which re-ordered the tracklist to even out the quiet-loud tracks and added a remix disc.  We later got vinyl issues when the format came back into style in 2011 and there’s a 3CD ‘Monument Edition’ should your wallet and/or Wumpscut devotion be sufficiently deep.   You can get most (but not quite all) the bonus tracks digitally on the Concentrated Camp edition.

But whether any of that is worth the effort is up for debate.  Haujobb remixes a couple of songs, but his tech-beat-meets-industrial style doesn’t really capture the feel of the originals.  Brain Leisure contribute a couple of mixes that are closer to the mark, recognisable as alternate interpretations than a wholesale replacement, though they’re not compulsive listening, either.  I was also disappointed with Kirlian Camera’s take on “She’s Dead”, a rather dull bass loop knocking the life out of the original’s atmospherics.  There’s also a slew of draft versions and instrumentals, but the quick summary is that in every case, the strongest version of each song made it onto the album.

Two EPs followed in 1994.  Dried Blood, was the first, a brief diversion onto the Ant-Zen label, run by Stefan Alt (who also designed much of album art you’re seeing as you read).  The key track here is Black Death (French Concept), the first of Rudy’s quiet-LOUD masterpieces.  Time and time again, the delicate beat and spoken-word fem-vox build up and release through a furious riff of extreme metal proportions.  The contrast between the alternating phases of the tune is one we wouldn’t see that many more times, and as we’ll see later, it’s to the detriment of the project.  The remainder of the EP features an early version of the urgent, klaxon-propelled Dying Culture (the definitive version is on the next full-length) and a couple of other cuts along similar lines.  The detuned loop that provides a foundation for Funeral Diner is a curiosity, otherwise it’s as relentless as the first half of MFAST was.

Gomorra (his spelling, not mine) arrived in the same year, and with it, the appearance of Rudy’s own label, Beton Kopf Media, releasing all Wumpscut recordings in Europe from this point, although Metropolis would provide USA-specific editions in parallel.  The tracks on offer are the usual combination of no-holds-barred industrial-strength slammer (In The Night the strongest thanks to a pause-for-breath chorus) and a few moments of subtlety, but viewed with a retrospective eye, it’s really a precursor to what would be the strongest creative phase in Wumpscut’s history.

Versions: Both EPs were issued multiple times, with a remaster along the way.  However, in the current era, you’re most likely going to encounter these two combined as Dried Blood of Gomorrha (pictured).  The running order of the originals is not preserved, with the “big” tracks from each EP (Black Death and In The Night) in positions 1 and 2 on the CD-or-online-equivalent, effectively turning it into an album in its own right. 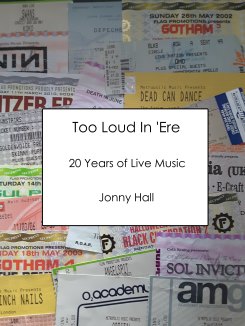 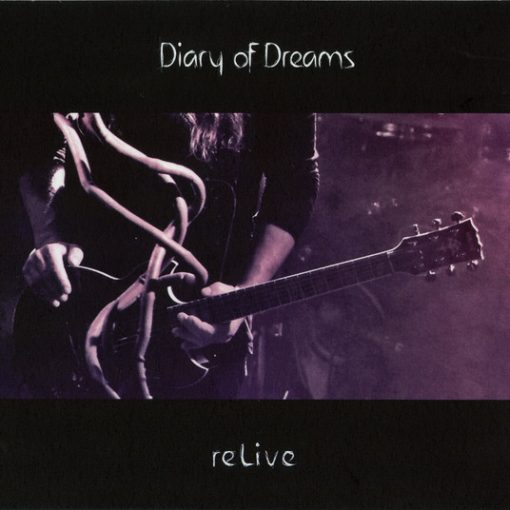 The second consecutive Listener’s Guide to be about a band from Deutschland beginning with ‘D’, but that’s the point at which the […]

I’ve long had issue with how poorly bands from continental Europe are covered when the Anglo/American music journos cover a particular genre.  […]

3 thoughts on “Wumpscut – A Listener’s Guide”